The Most Interesting Facts about Cupping Therapy (Hijama)

Cupping is a method of blood sampling that is used to treat some diseases and has a history of seven thousand years. Cupping is one of the most common treatments in historical and traditional medicine, in which blood is drawn through specific methods and from specific areas of the body. The purpose of cupping in people who do not have a specific disease is to prevent disease and vaccination, and in people who are sick or have high blood fats and concentrations, is treatment. In this article, we will examine cupping and the reason for its importance in traditional medicine.

You may have heard from your grandparents that in the past, in the spring, family members, from the youngest to the oldest, had to prepare for cupping. Someone would go to their house and leave bruises and halos with a few scratches on their skin. It may not have been a happy memory for the younger ones, but the older ones would have given in easily because they knew it would help remove waste products from their bodies.

Why do people use cupping?

The most important thing to do with cupping is to remove the sputum from the blood and bile from the desired position. This action cleanses the position and, contrary to popular belief, does not cause the body to lose nutrients.

When the cupping glass is placed on the skin, it creates some tension on the skin, and as a result, it activates the defense factors that live in the walls of arteries and organs, and causes these factors to multiply the blood defense and strengthen the immune system of the organ and then help the whole body.

Who is cupping suitable for?

Cupping is not useful for people with thick blood, because this way it is not possible to easily remove thick blood and waste products from their body, and only this method causes the outflow of dilute blood, which, accordingly, is likely to increase the concentration of blood.

According to a study published in the journal PLoS One, experts claim that this method works by creating hyperemia (increased tissue blood flow) or homeostasis (hemostasis) around the person’s skin. This means that cupping increases or decreases a person’s blood flow under the cups. Cupping is also associated with specific therapeutic points on the body that play an essential role in acupuncture.

Many physicians consider cupping as a complementary treatment, so many people do not consider it as part of Western medicine. However, this does not mean that it is inefficient.

Complementary therapies that are scientifically supported may be an adjunct to Western medicine. However, the National Center for Complementary and Integrated Health (NCCIH) points out that there is not enough high-quality research to prove the effectiveness of hijama. Scientists have linked cupping to various health benefits, although more research is needed to evaluate its effectiveness as a treatment.

The amount of blood taken in each session

Each time, between 50 and 70 cc of blood comes out of the person. This rate may vary depending on age, gender and some other factors. But what is important in cupping is how to perform blood sampling operations correctly, and this means that by taking out a small amount of blood, a person can also enjoy the benefits of cupping.

The best time for cupping

The best seasons for cupping include spring, autumn, summer and winter, respectively. Cupping in the two seasons of summer and winter is done only when necessary. Traditional healers believe that the best time to cupping is in the warm seasons, during the day and two hours after breakfast (8:30 to 9 AM) and in the cold seasons, three to four hours after breakfast (10 to 11 AM), which is one to two hours away from lunch. During these hours, the body’s blood volume is thinner and flows out easily.

Who must not do hijama?

In traditional medicine books, hijama is not recommended for children under two years old and people over 60 years old, because the endurance of organs is less in children and blood volume is low, and most of the elderly have thick blood and dry skin and hijama draws their thin blood, which increases the possibility of increased blood concentration and more dry temperament.

Also, people with a history of hemophilia, anemia, epilepsy, and heart attack whose blood is thin, and constantly experience dizziness and headaches, or use drugs like warfarin and heparin mustn’t attempt at cupping.

Nutrition before and after cupping

Hijama on an empty stomach, especially in the morning before breakfast, causes weakness in the body, and hijama immediately after eating causes poor digestion and absorption of food.

Hijama should be done under the supervision of a specialist and in compliance with hygienic principles and in approved places. But know that you should eat or drink one hour before and after cupping. Do not do cupping on fasting days, when you are very sleepy, or when you are taking antibiotics.

Hijama is not limited to a specific area of ​​the body and different parts of the body can be cupped according to the opinion of the traditional medicine doctor to cure some problems. For example, it is mentioned that head cupping, which is done from between the eyebrows to the middle of the head, helps to cure itching and heaviness of the head, relieve dizziness and eye problems, but if hijama is not done by a skilled specialist, complications such as misunderstanding, poor memory, and forgetfulness might occur.

Cupping the back of the head improves the heaviness of the eyelids, bad breath and earache. Cupping under the chin will relieve gum and tooth pain, sore throat and chin rashes.

How does hijama work?

Toxins that are deposited by the body, washed away by the bloodstream, and the protective force of the heart valves prevent them from entering the heart and archive them behind the heart and between the ducts, where they remain for two days. Not being emptied (by hijama), the dirty blood returns to the liver and the liver sends it to the spleen and deposits in some of the body’s arteries, causing pain and discomfort.

Which diseases can be cured by cupping therapy?

In blood donation, about 450 cc of fresh blood is taken from a vein with a needle, but in cupping, about 50 cc of blood is removed from the dorsal capillaries by suction between the two shoulders and scratching. Experiments have shown that the composition of venous blood is very different from that of cupping blood.

In hijama, thick, black blood comes out, which contains more urea, fat, and excess compounds than fresh venous blood. Some other special benefits of hijama that are not seen in blood donation are as follows:

Cupping is also suggested for a variety of diseases, including:

Cupping therapy for the skin

People whose faces are full of pimples need to find the cause of their pimples. Therefore, it is better to go to the doctor. In this case, the treatment of acne is based on its cause. But if the disease is not treated through modern medicine, doctors use traditional medicine such as hijama at the patient’s request.

What is facial cupping?

The basis of facial cupping is like body cupping. Although in some cases they are different from each other. Cups used in facial hijama are usually softer and smaller. These cups gently pull the skin of the face inward. This action increases blood flow to the facial skin and rejuvenates it.

Few people are safe from hair loss. High concentrations of blood or nutrients do not reach the hair follicles, causing it to weaken, resulting in hair loss. Cupping can expand the amount of clean blood in your bloodstream to miraculously prevent hair loss.

Possible side effects of hijama therapy

Although the benefits of hijama in the treatment of various diseases and strengthening the immune system are almost proven, but doing this traditional medicine treatment may have side effects for some people and is not recommended for others.

Hijama may cause pain, swelling, burns, dizziness, lightheadedness, fainting, sweating, skin pigmentation, or nausea. Hijama also causes round purple marks or circular bruises on the skin. These symptoms may subside after a few days but can last for two to three weeks. It is known that there are scars and burns after hijama.

Cupping should not be done on areas where the skin is thin, irritated, or inflamed, or on arteries, veins, lymph nodes, eyes, orifices, or any fractures.

The amount of blood taken in each session of hijama

Each time, between 50 and 70 cc of blood comes out of the person. This rate may vary depending on age, gender and some other factors. But what is important in hijama is how to perform blood sampling operations correctly, and this means that by taking out a small amount of blood, a person can also enjoy the benefits of hijama.

The best time for cupping

The best seasons for cupping include spring, autumn, summer and winter, respectively. Hijama in the two seasons of summer and winter is done only when necessary. Traditional healers believe that the best time to hijama is in the warm seasons, during the day and two hours after breakfast (8:30 to 9 AM) and in the cold seasons, three to four hours after breakfast (10 to 11 AM), which is one to two hours away from lunch. During these hours, the body’s blood volume is thinner and flows out easily.

Nutrition before and after hijama

Cupping on an empty stomach, especially in the morning before breakfast, causes weakness in the body, and hijama immediately after eating causes poor digestion and absorption of food.

Which diseases can be cured by cupping?

Today, despite the increasing progress of science and the manufacture of chemical drugs, we are still witnessing the emergence of new and incurable diseases, which indicates the ineffectiveness or inadequacy of new medicine alone, and therefore human beings today must accept that traditional medicine is the result of thousands year of research and experience of scholars and scientists throughout human history. Hence, it can be used as a great alternative therapy to help cure various diseases. 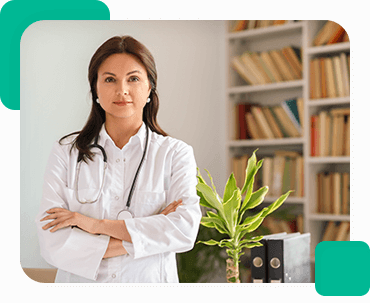